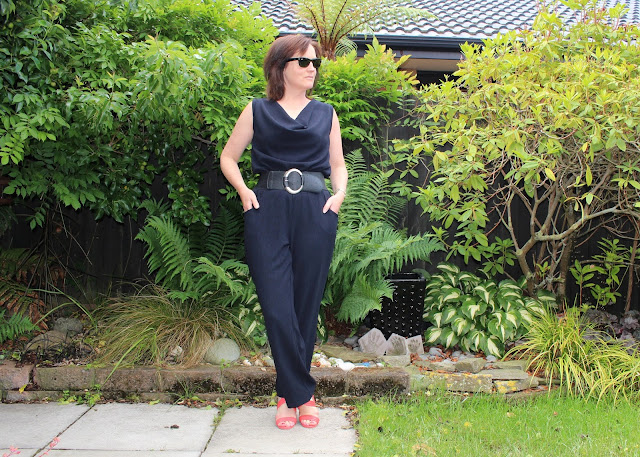 I was told when I was considering my latest project that the only people that should be wearing a jumpsuit are babies that are still in nappies.  Not one to be deterred, I waited until the said naysayer was away on holiday to put my plan into action.  I did have a venue in mind to wear my planned jumpsuit and that was a work Christmas function.  I could never be accused of being too flamboyant in my choice of dress as the venue was a drag queen cabaret show.  In fact I may have been a little under dressed in a navy pants suit!

The fabric I had in mind is a lovely drapey crepe that I had found in the op shop.  Yes, I know, this is starting to get a little boring and I really need to find some new fabric buying outlets!  But, if it aint broke don't fix it I say!  Also, I wasn't 100% convinced I could pull off a jumpsuit so given I hadn't invested great amounts of money in the fabric I was of the opinion, nothing ventured, nothing gained!

I had the choice of two My Image Patterns and my Insta friends chose Spring/Summer 2013 M1311.  I drew up the pattern to size 38.  I was not all that sure of the sizing because the patterns I have made so far have been a bit of a mixed bag size wise.  I chose the 38 because I figured I could always make it smaller if required. 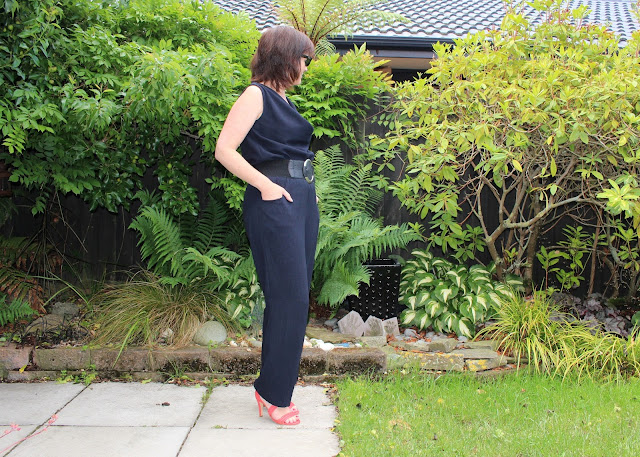 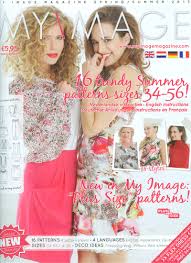 I didn't really follow the instructions which is a good thing because like Burdastyle there really aren't many.  In fact, I even chose to line the front of the bodice because one thing I can't stand with a cowl neck is when the facing flips out.  The lining I chose was a Bemburg satin lining so it is nice and light and while it holds the facing in position, it doesn't add to the weight or bulk of the bodice.  I cut a facing for the back neck and made bias tape in the outer fabric to bind the armholes.

My biggest challenge came when I wanted to hem the pants. Because Courteney was busy swanning around Australia at the time, I had to enlist my husband to pin the hem.  With a million instructions I entrusted him my pin cushion and he set to work.  I don't think he did too bad! 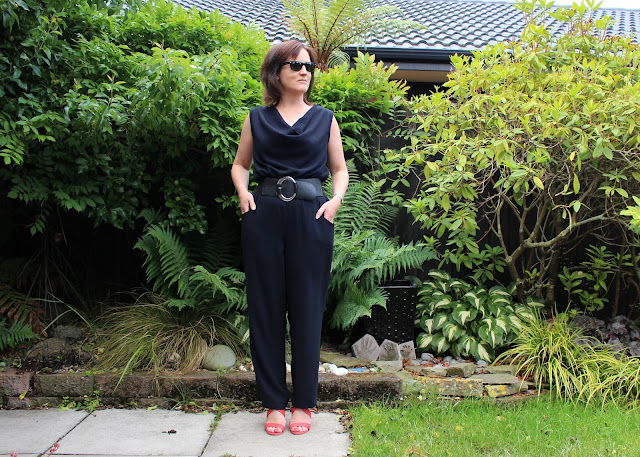 As far as the pants go, this is the first pair of wide leg pants I have made since the early 1990's and although I briefly considered narrowing them, I am pleased I chose to leave them in their drafted state.  Yes, this does mean I need to wear heels, but I think I may be a convert.  I am a little late to the wide leg pants party but good things take time.  I finished the entire outfit of with a wide elastic belt.  I don't think I have been out for dinner and felt this comfortable in a long time.  They really are secret pyjamas! 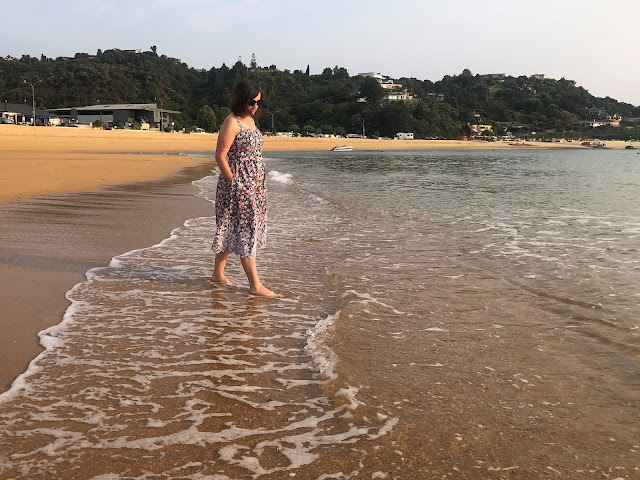 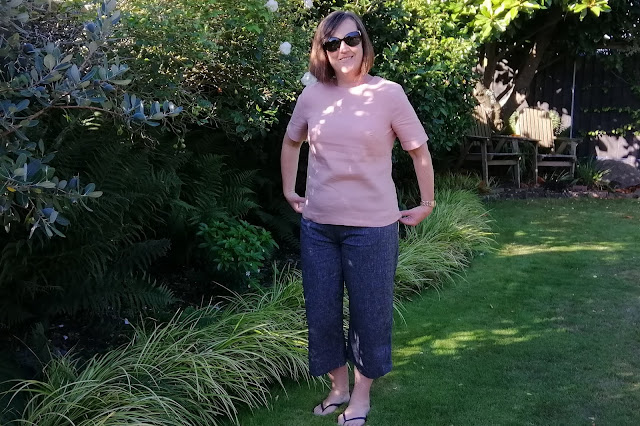